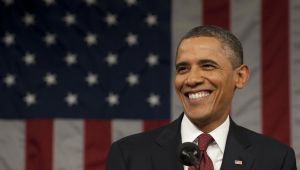 We are approaching the end line for our current president’s tenure and as such some are lamenting the loss of such a talented and charismatic leader.  Others will hold their breath and wait to see where the next administration will take us, and still others will cheer the changes that will surely come from the changeover in power.   We doubt that the vegetables we grow care one way or the other but that is another matter.  One thing we have learned over the years is that farmers are often used as symbols by politicians of America’s honesty and dignity, people who embody our collective pride and belief in hard work and just rewards.  However, as the 21st century moves forward the numbers are telling a sad tale.  The agricultural imagery extolled on the television screen is mostly to move non-farm products (like trucks), or by products for the center aisle, which hardly help recruit young famers – the current number of farmers over the age of 58 years of age is a jarring 66%, the future for many farms looks bleak.   The number of farmers under the age of 45 is only 32%.  These figures are from the last farm bureau census in 2012.  There is much to be done.

Regardless of political affiliation, the movement away from small scaled family farms and the (sad but true) embracement of large scale agri-business farms buy the Costco scaled consumer, only highlights the need we have in our community to help put a stop-hold on the sliding percentage of young people going into farming.  Farms like Waldingfield, and some of our peers, are trying to do just that and your participation in the CSA program is proof.  The belief in and support of a regional food source is what keeps New England’s next generation of farmers motivated.  Sure, it might be cheaper to get the produce from Mexico, but is it better?  We think not…

Now, some of you may have also read something in this past weekend’s NY Times Styles section (yes, we read the Styles section) that made you think the world is truly going to hell in a hand basket; there was a letter in the manners column written by a parent of an ivy league attending child who was lamenting that after spending all that money, that his off spring wished to become a farmer and how could he tell the child to give up such a fantasy?  Imagine that, a profession embraced by the likes of Jefferson and Adams, brought down to the (not so) simple truths that farming doesn’t pay and as such allowing one’s child to embrace the sustainable food movement was akin to child abuse!  Good Heavens!  Now, obviously farmers work investment bankers hours and obviously they are not paid as much, but to stifle the merits of agriculture because of the idea that farming could not possibly compensate or repay the cost of an ivy league’s tuition fee (or any university for that matter) is ludicrous.  I know there are a few parents with children who have worked at Waldingfield over the years that may be happy their cild did not “choose”  farming as a career, but to dispose of a child’s choice because it won’t “pay back” is obscene.  It is also untrue.

Ok, enough about that.  We have so much going on now that we can only move forward.  We went to our first winter market this past weekend in New Haven and had fresh greens as well as carrots, beets, and food products available for sale.  There was talk of a Washington Depot winter market but that has not materialized.   in 2017 we will be keeping the same model of CSA and farmers markets as our principle revenue streams though we will also be increasing our wholesale distribution on specific crops of “high value”.  In the end, we just want to grow the best produce for a community of people who share our belief that local food is the best food, and keeping farmers farming is good not just for the community, but for the region as a whole.